The Club is keen to promote safe flying and to minimise disappointments resulting from mishaps during the process of learning to fly. The Club operates a training scheme designed to bring the novice flyer to a state of competence.

The Club allocates an experienced tutor who will take the new pilot through everything that is needed including:

Instruction will preferably be given on the pupil’s own model, but in some circumstances flying tuition will be given on the Club’s training aircraft – the ‘Club Tub’. This model is equipped with a dual transmitter “Buddy Box” system and enables safe flying, with recovery from difficult situations always being under the control of the tutor. 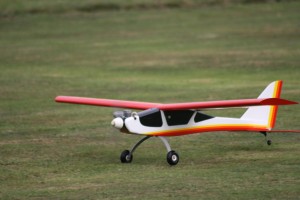 There are 3 proficiency standards recognised by the British Model Flying Association (BMFA): 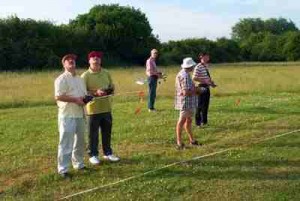 It is a Club rule that no person is permitted to fly unsupervised unless they are in possession of at least a valid Basic Proficiency Certificate or an “A” certificate.

The “B” certificate is needed by a person who wishes to fly at public displays or in competitions. The “B” certificate demands a greater precision of flying and a competence in executing designated aerobatic manoeuvres . It is not an aerobatic test, but is designed to ensure that the pilot can fly the aircraft under complete control when it is in a variety of attitudes and positions in the sky. Again, there is no charge for the test.